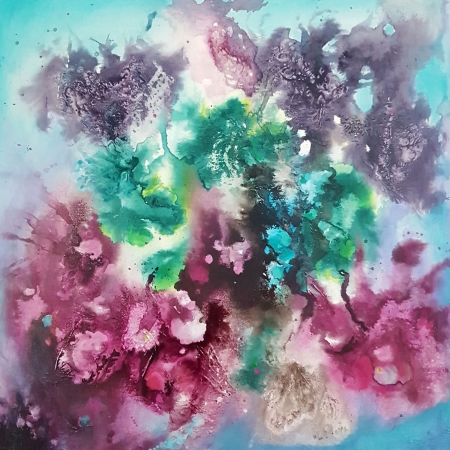 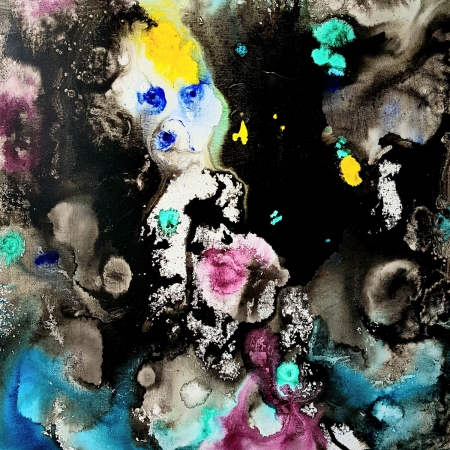 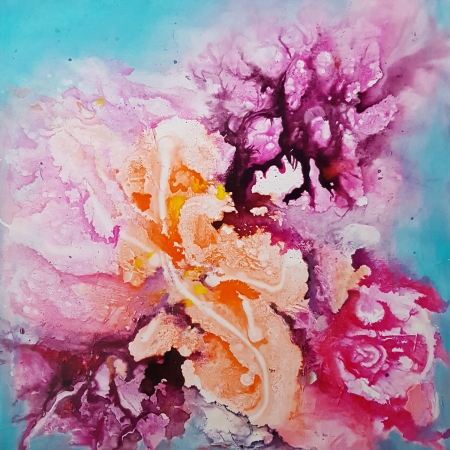 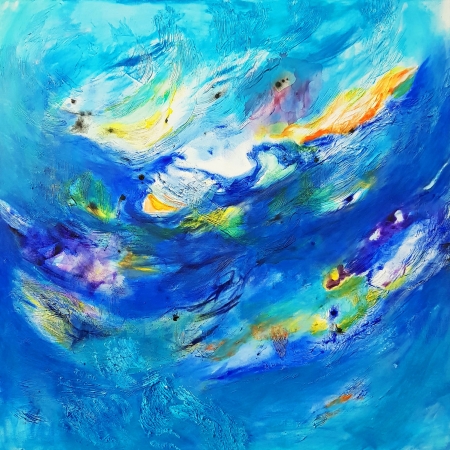 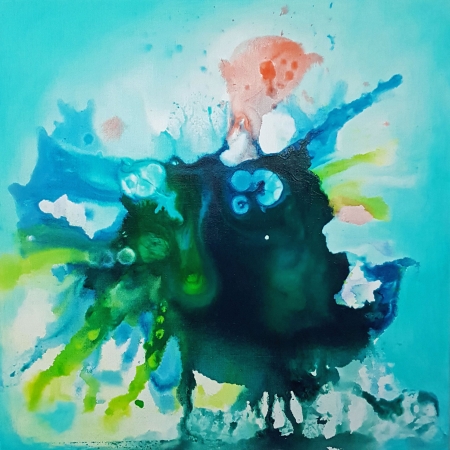 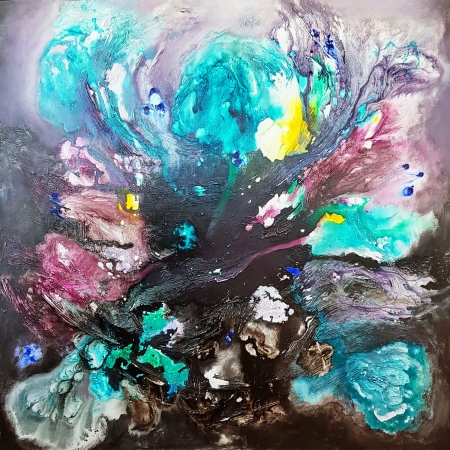 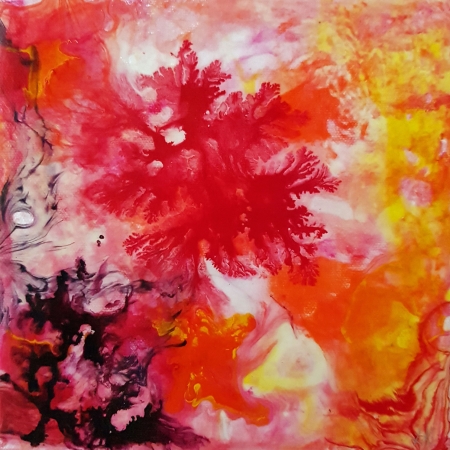 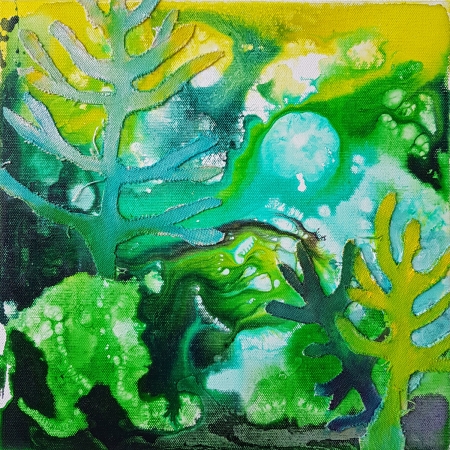 Number of available paintings in this series: 12
Click on the thumbnails above to view a painting in its entirety, for information or to see if it is still available. 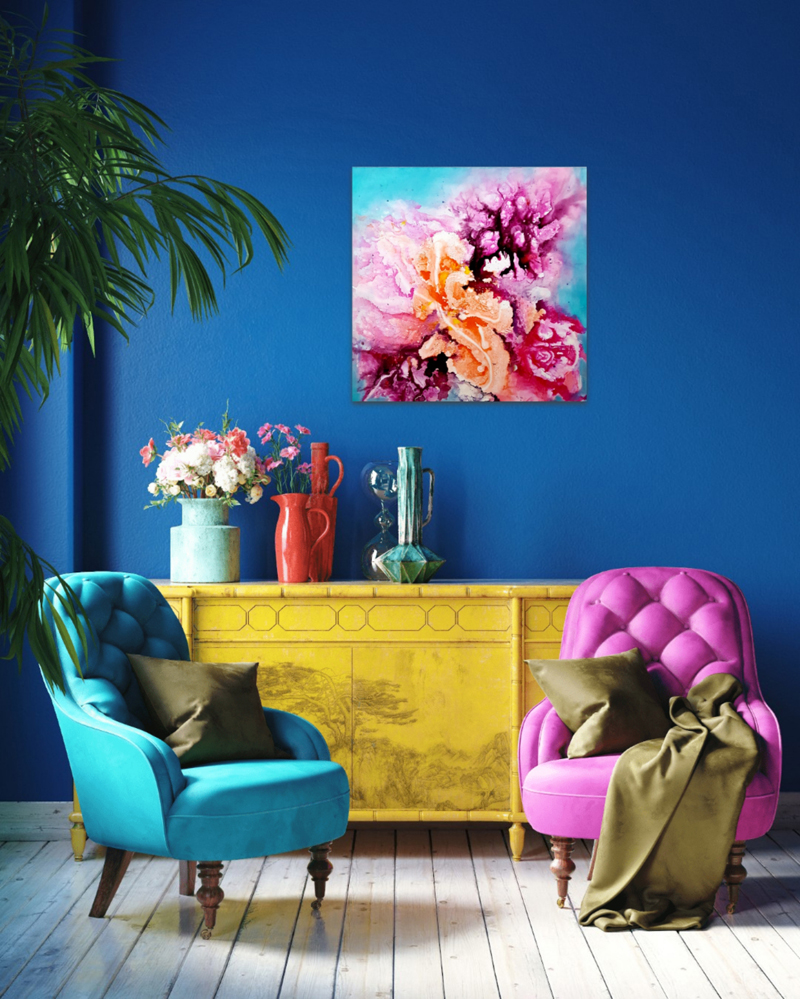 Interior with Into the sea 5

Back to Coney Island

This new series of paintings is a continuation of the Coney Island series from 2010. In it I went to explore the Irish island in my imagination. I encountered a paradisiacal flora. I dived for the rare corals on the sea floor and walked among beautifully colored, swaying reeds. I just didn’t encounter any animals or people on this island. This year I went back (again in my imagination) to see if the island is still as paradisiacal as nine years ago and to see if there are any animals or people there now.

First of all I went deep sea diving. The sub-series Into the sea consists of paintings of corals, sea anemones, seaweeds and other underwater life. After the silence underwater, I went exploring in the woods.  Into the forest shows a fairy-tale world, with all its colors and especially the light shining through between the trees.

This time on Coney Island there are animals here and there, although they move between abstraction and figuration. A kind of dream world.  Much is left for the viewer’s own imagination.

The paintings of Into the sea and Into the forest are made with acrylic paint, ink and gels, which allow me to create a lot of momentum and texture in the paintings. There is a great deal of “coincidence” when using the acrylic inks, which I find challenging. New patterns and pieces emerge in the work as a result.  The trees are made from cut and torn pieces of linen, creating depth. 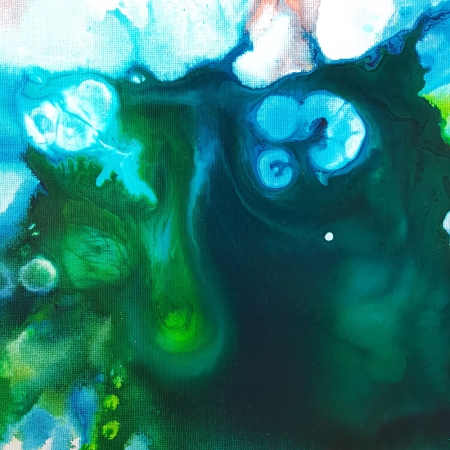 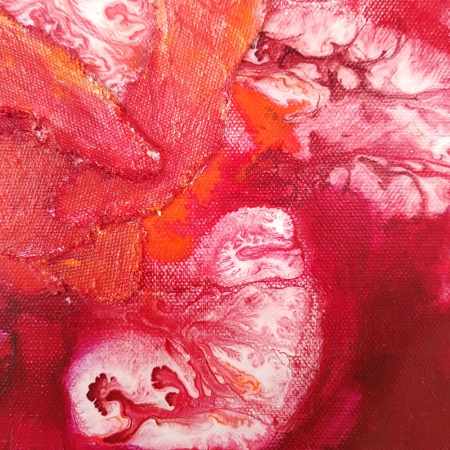 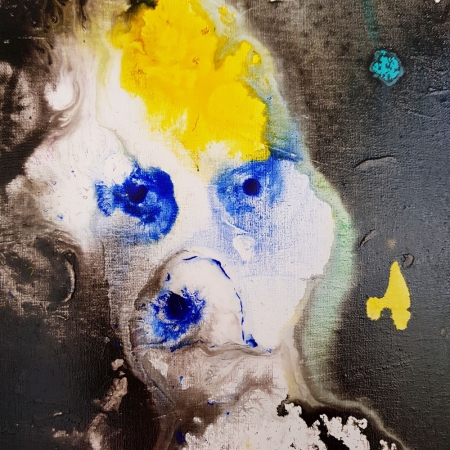 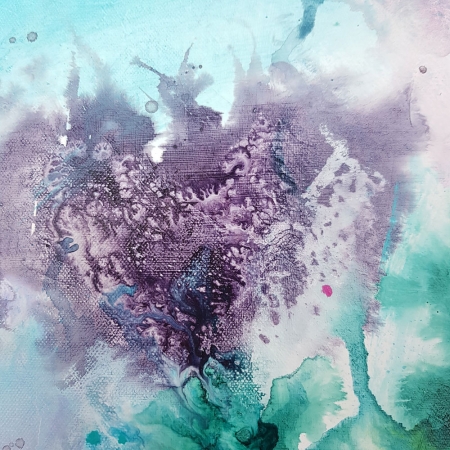