I was asked by the museum to create artworks in connection with an exhibition in the museum about soil finds from a building in Haarlem, including a lot of Delft blue. Within this theme, I made paintings, wood prints, tiles, object boxes and clay amulets. A number of smaller artworks will remain in the museum shop after the exhibition.

Participation in Project Meet your wild self

I was asked to participate in this original project with the theme of our connection to nature. There are workshops and exhibitions of artworks by several artists at various locations in the Netherlands. A dialogue is also sought with the visitors. My contribution is the painting Bird talk. Part of the sale goes to Natuurmonumenten.

Two of my paintings from the Wild Flowers series were selected for the exhibition Happy Bee Landscapes. This exhibition called attention to bees through image and language, in music and art, in culture and science. A publication of all the artworks and participants was also made.

During the Kunstlijn I exhibited in the museum with my series Hidden in Clay, inspired by clay tablets with cuneiform writing, found by Dutch archaeologists in Tell Sabi Abyad, Syria.
This collaboration gave rise to a new project in which I was allowed to choose from residual material from archaeological finds, which gave me inspiration for new artworks to be made. See 2019.

This museum initiated in cooperation with Galerie Leidse Lente the project Four Seasons, a competition with a prize of an exhibition in the Japan Museum.
From the many entries, my work was also chosen by a jury including Kris Schiermeier (director of the Japan Museum) and Renée Korbee (art historian).

There was a call to submit artworks on this theme. Femke Overdijk, director Beeckestijn and Joke Breemouer, chairperson Kunstlijn Haarlem, made a selection from the submissions. My painting Trees and More 2 was selected for the exhibition.

A project that I created around this painting. During one year, the work of art was passed on to someone else every month. The person who received it decided who it went to next. People were asked to give a reaction: What does the painting evoke in you?  The reactions and photos of the rooms where it hung were collected in a logbook.

International exhibition of 38 artists who were inspired by ‘The birdcage’. Photographer and writer Leo Divendal put together this exhibition with work by photographers, painters, etchers, sculptors, designers and typographers who depicted the birdcage as an object, a metaphor or an illusion. The premiere of the exhibition was in France and was subsequently shown in Kunsthuis Secretarie in Meppel in 2008. There is a nice publication of this project. My contribution was the painting Mocking Bird.

The publisher asked me to paint an ostrich egg for the Easter issue of Margriet magazine. Together with 20 other eggs it was auctioned for charity; the proceeds went entirely to a mother-child project of Memisa.

Foundation Emaniya had reproductions and cards printed of my painting Bartje’s day 8. This foundation supports charities like Cliniclowns, Warchild and Novib.

This living and activity centre for people with a disability asked me to develop and execute a project. I provided a number of workshops and made a work of art with and by clients. The participants painted a portrait of themselves. All the portraits together formed a large work of art. This was hung in the common room and a calendar was issued for all the relations of the Foundation.

I organised and executed this project on commission. I asked the children to make drawings about playing outside. These drawings were ‘translated’ by me into comic strips and projected on the wall. With teachers, parents and youth from the neighbourhood, we painted the image on the wall. The Haarlem city council provided an anti-gravity layer and took care of the maintenance. 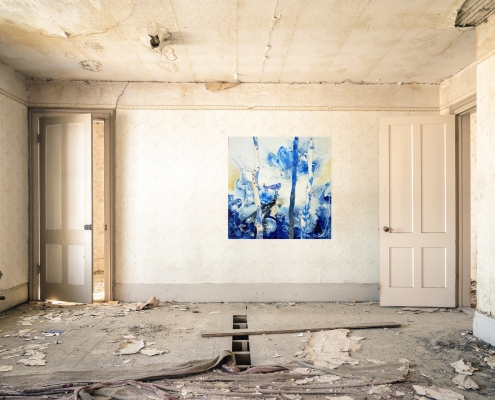 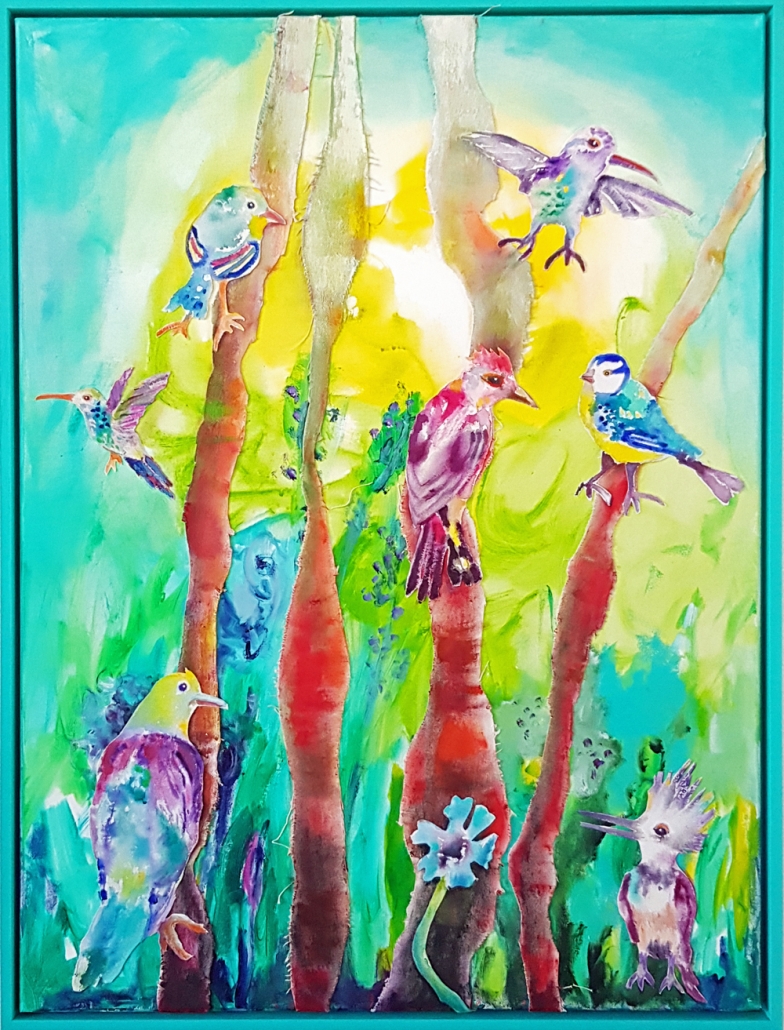 Painting Bird talk for Project Meet your wild self 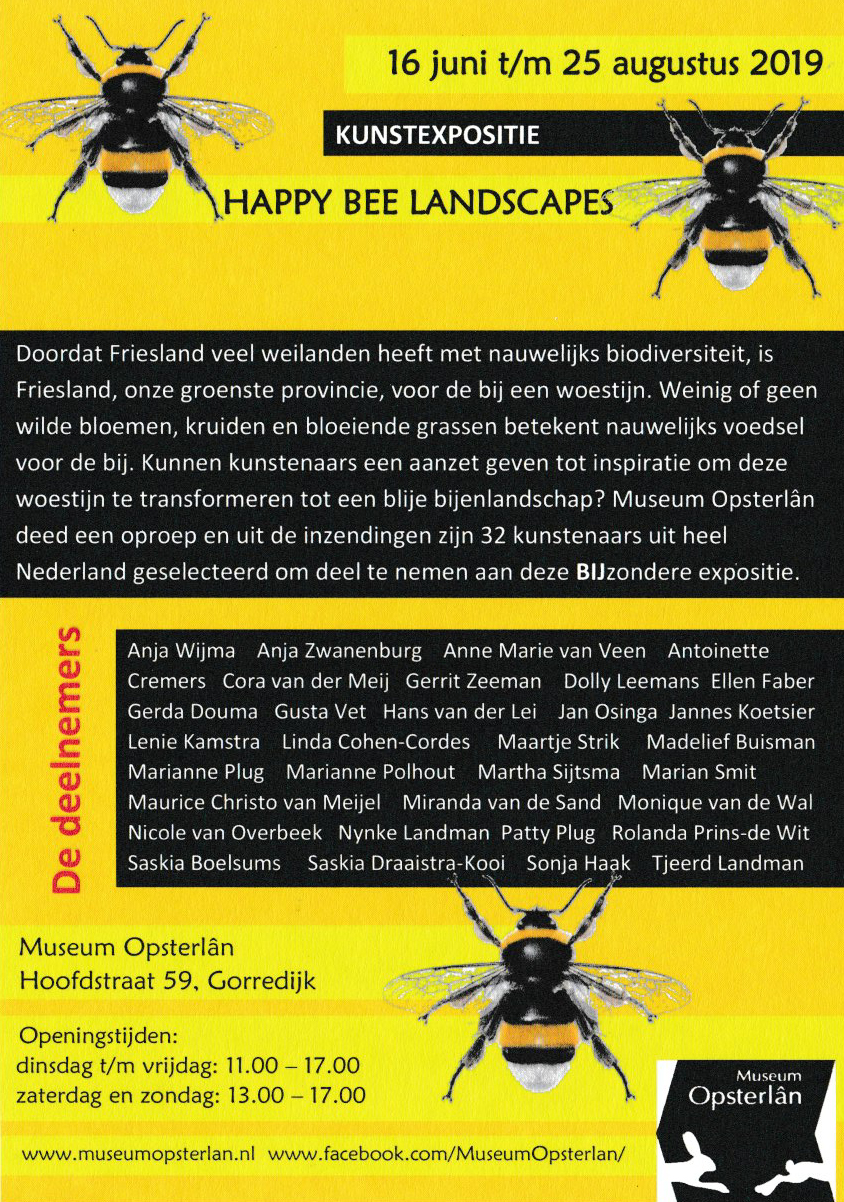 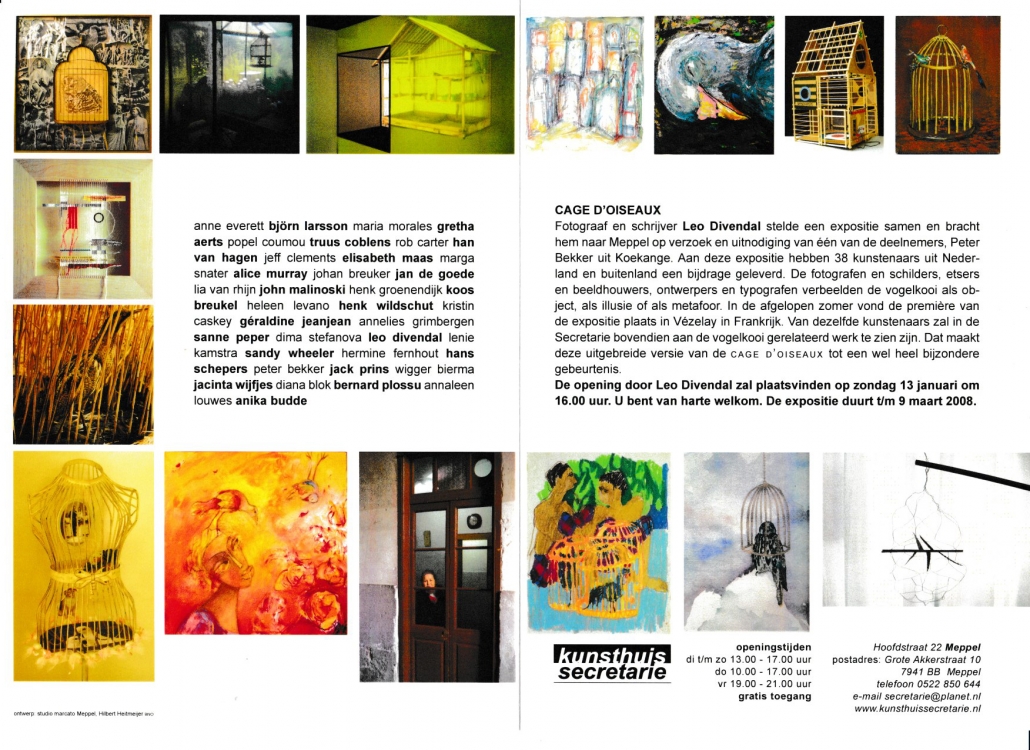 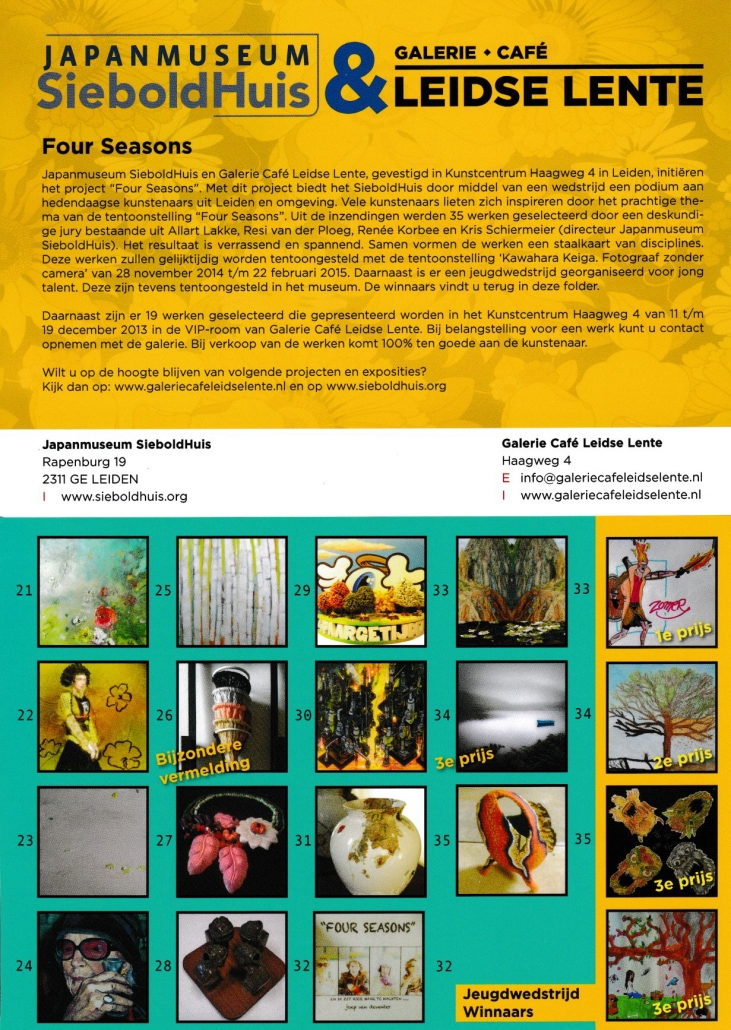